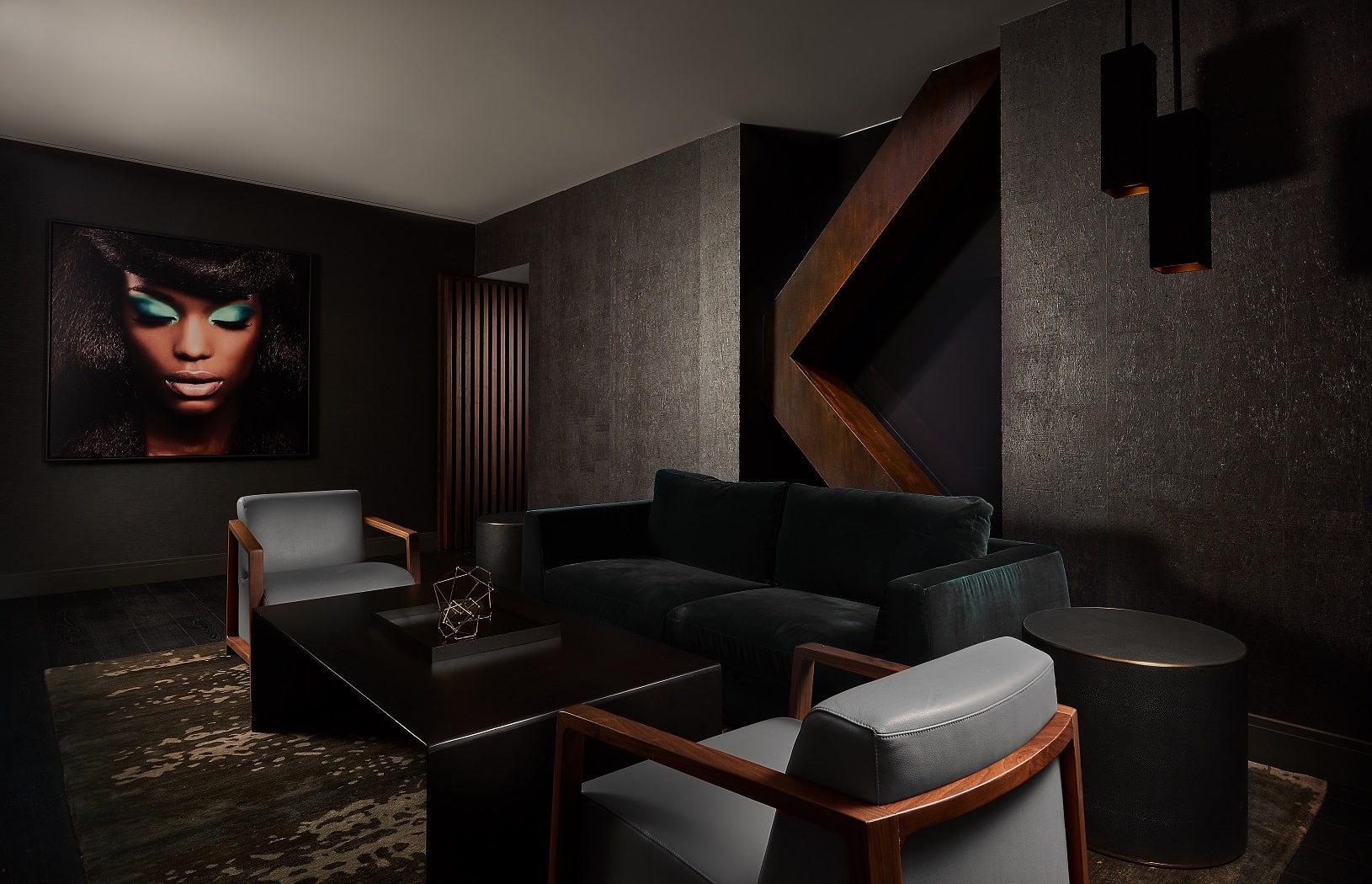 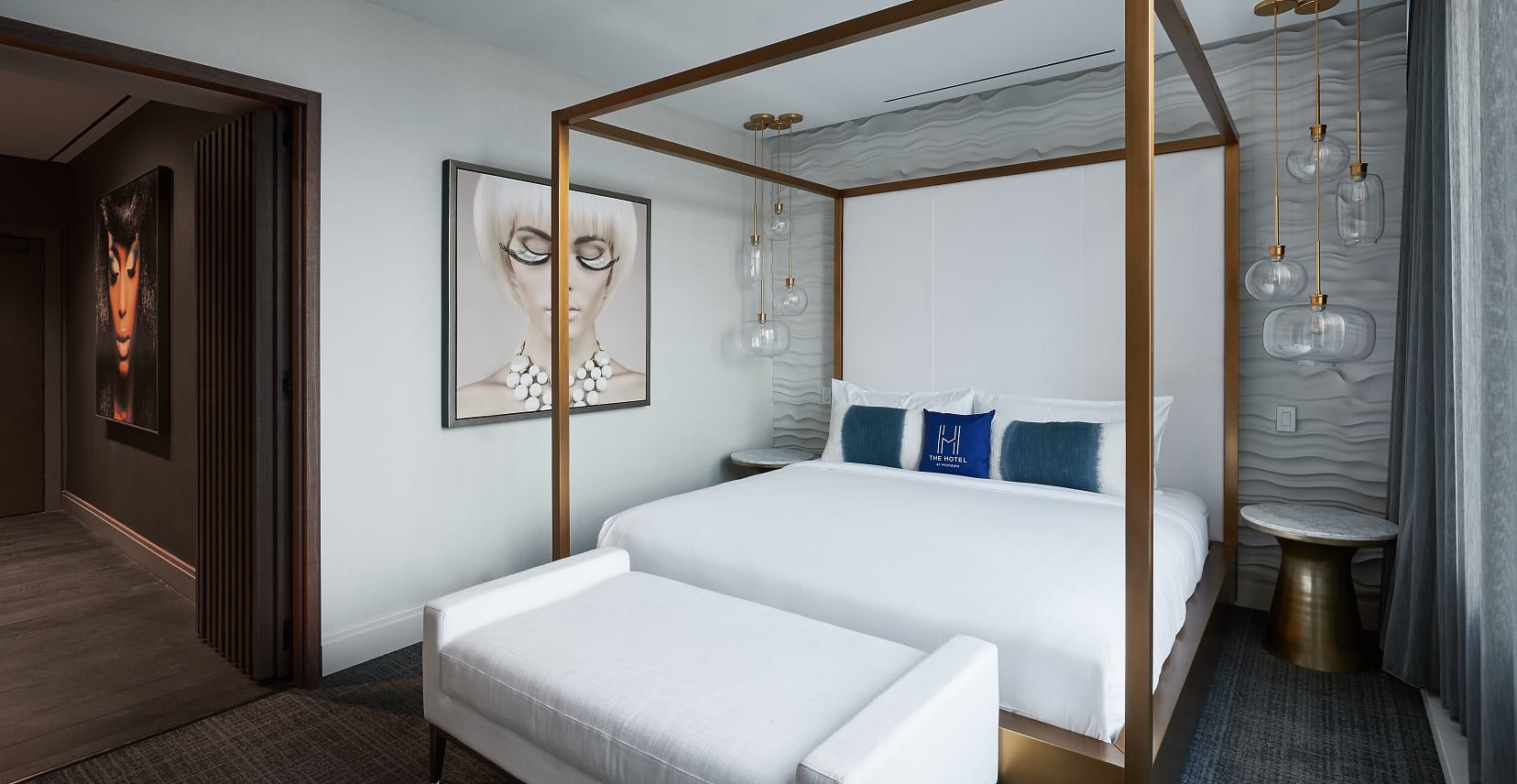 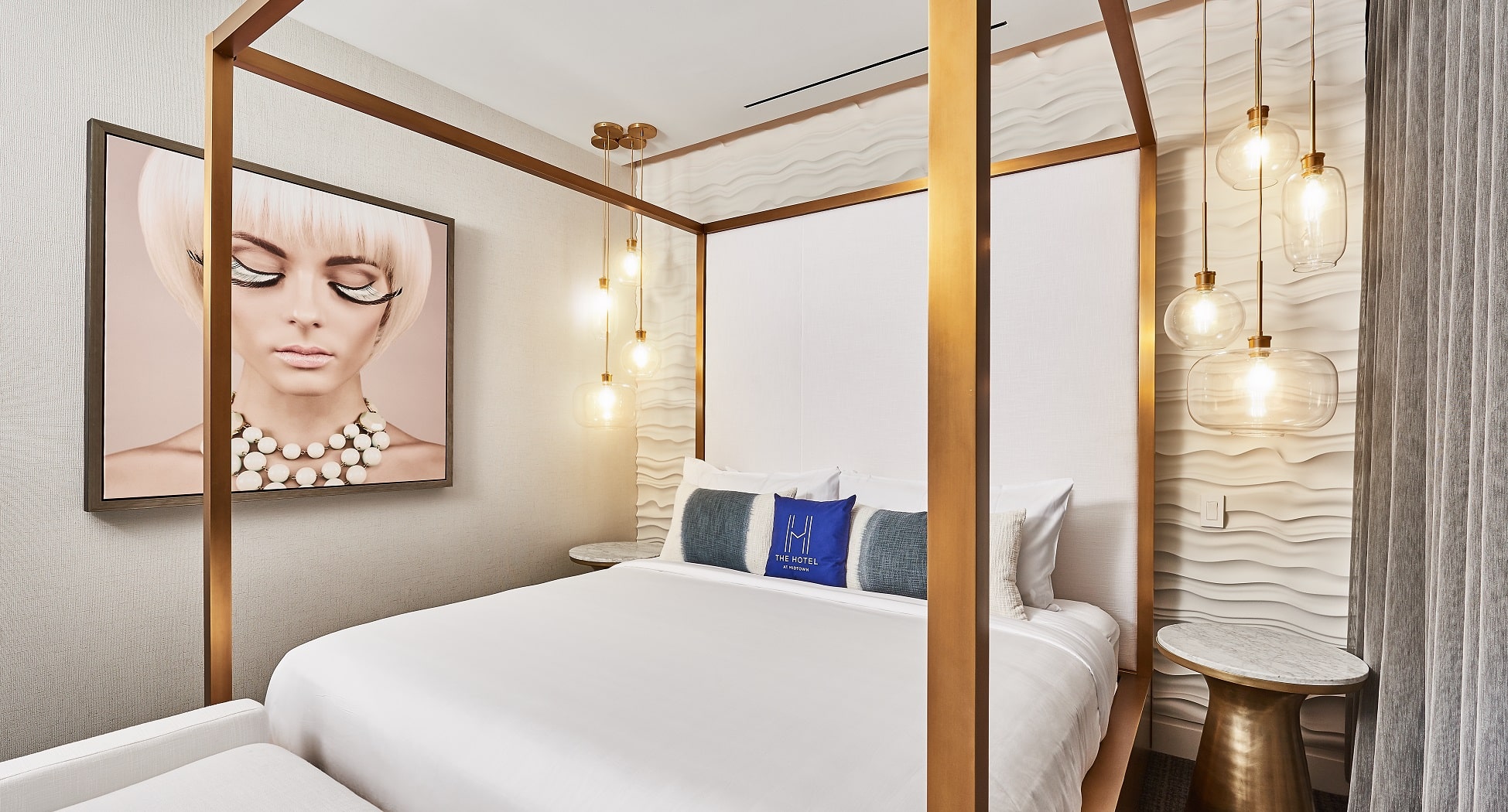 The commission: Offer a glamorous respite after a strenuous sweat-sesh at the Midtown Athletic Club. The walls of the living room are deliberately dark to help bring down guest’s heart rates and allow them to transition from a high-speed tennis game or intense work with a trainer to a more “at home” relaxed feel. An ethereal bedroom in soft white tones says “luxe” in a dynamic, youthful way thanks to touches such as blown glass pendant fixtures that seem to float around the head of the bed. Views of the swimming pool below are a link to the building’s mission as a wellness hub. The suite’s spa-inspired bathroom with a walk-in shower and focus on luxurious materials like marble and mahogany walnut woods is an upscale nod to a traditional locker room.

Williams’ legacy of hard work and athletic prowess is embodied in the juxtaposition she and the team conceived of light to dark from bedroom to living room, representing the body’s recovery process. The cool stuff: Bold portraits with singular accents set the tone for each space, both avant-garde, but more emboldened in the living room with a pop of color, while the bedroom’s is more manicured.

The carry-out: Opposites attract. A smaller suite with two-room offerings can pull off such opposing styles well, as long as a balanced Yin and Yang is achieved.